"The PhotoBook is THE appropriate form of presentation for photography" according to a press release by The PhotoBookMuseum, which opens its doors on August 19th as the first of its kind in the world.

Is that the case? Without a doubt, in recent decades the photobook has established itself as a central means of photographic expression and has thus become an art form of its own, acquiring collector’s item status along the way. In a book, the artist not only decides on the selection and sequence of images and determines their size and arrangements, but also the combination of typeface, graphic elements, paper, binding and cover in order thus to arrive at a holistic composition of his work.

The availability of more and more small DYI or online providers to make printing and distributionpossible in minimal print runs is fuelling the hype surrounding photobooks.

As loudly as the photobook gets marketed, other artists vehemently defend the exhibition space as a display for their works. No book can recreate the simultaneity of perception that a space enables. No book can get the beholder involved like a photographic installation, which may additionally incorporate sound and moving image into the artistic expressive form. No book can place the consumer in a 1:1 confrontation with the image. A book remains a miniature and a document.
Under the title Wall & Paper?, Saturday afternoon is set aside for a discussion about a presentation form for photography.

Short presentations by Tobias Zielony (Berlin), Tamara Lorenz (Cologne), Jacob Aue Sobol (Copenhagen) and Beate Gütschow (Cologne) will provide an insight into current artistic practice and into the question of what role the book or space actually plays for presentation. A subsequent podium discussion with Markus Schaden (The_PBM), Dr. Barbara Engelbach (Museum Ludwig) and Beate Gütschow (KHM) will pursue these questions in depth. The event will be moderated by art historian and curator Regine Ehleiter (Leipzig). 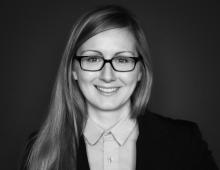 Regine Ehleiter, born in 1985 in Fulda, currently lives in Leipzig. She works as a curator and author. Following studies in cultural sciences, art history and journalism in Leipzig and London she completed a scientific traineeship at the Staatliche Kunsthalle in Baden-Baden. Most recently she co-curated with Johan Holten the exhibition “AUF ZEIT”, which was distinguished with the Justus Bier Award for Curatorial Achievement in 2013. During her doctorate project, supervised by Beatrice von Biscmarck at the HGB in Leipzig, she is investigating the publication as an exhibition medium in the curatorial practice of Seth Siegelaub, Lucy Lippard and Christian Chruxin. 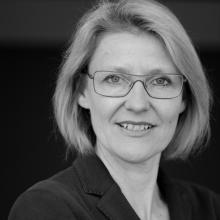 Dr. Barbara Engelbach, born in 1962, has been a curator at Museum Ludwig, Cologne, since 2004, responsible for contemporary art, photography and media art. She studied art history, German studies and cultural sciences in Freiburg and Hamburg and earned her doctorate in Hamburg on performance art, photography and video art. From 1997 until 1999 she was a scientific volunteer at the Westfälisches Landesmuseum, Münster, and in 1998 co-curator of the sculpture biennial in the Münsterland region. From 1999 until 2004 she was director of the Museum of Contemporary Art Siegen. Her publications and exhibitions are dedicated mainly to contemporary art, photography, video and art in the public space as well as to media theory issues. 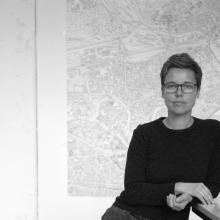 Prof. Beate Gütschow, born in 1970, is an artist and professor of Artistic Photography at the “Academy of Media Arts, Cologne” (KHM). She studied at Hamburg University of Arts and at the National Academy of Arts in Oslo. Her works are exhibited internationally, among others at the Museum of Contemporary Photography in Chicago, and can be found in the Guggenheim Collection, New York, at the Kunsthalle in Hamburg, at the Städel Museum in Frankfurt, at Kunsthaus Zürich and at the Metropolitan Museum of Art in New York. Her focuses lie on conceptual photography, photographic theory and documentary photography. 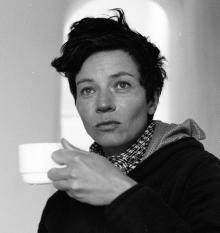 Tamara Lorenz was born in 1976 in Oberhausen. In 2000 she completed her diploma in Visual Communication/Photodesign at Dortmund University of Applied Sciences. The following year Lorenz studied at New York’s International Center of Photography under Sam Samore. Between 2001 and 2004 she completed her postgraduate studies in Media Art at the Academy of Media Arts (KHM) in Cologne. Lorenz has already taken part in numerous international group exhibitions, among others in Cologne, Antwerp, Sydney, Washington, Berlin and Stockholm. Among other locations, she has successfully presented solo exhibitions at the Forum für Fotografie in Cologne, the HFBK in Hamburg, in Spain and in Ecuador. In her latest photographs the artist creates works that have the look of abstract paintings. By photographing self-assembled, staggered backdrops and playing skilfully with light and shade, Lorenz virtually dissolves spatial reality in her photographs. 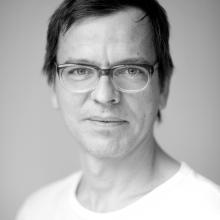 Markus Schaden, born in 1965 and a bookseller by training, works as a teacher at Dortmund University of Applied Sciences and Arts and as a lecturer at Cologne’s “Lichtblick School”.  In addition he is currently putting together the world's first photobook museum. In 1995 he founded Schaden Verlag, a publisher specializing in photography, and in 1998 the photobook traders Schaden.com in Cologne. He has published more than 100 photobooks, participated in numerous international trade shows and festivals and, up to 2011, organized more than 250 events and book-signings. In 2004/2005 Markus Schaden, who also conducted seminars at Cologne's Academy of Media Arts, was Vice-Chairman of the German Photographic Society (DGPh). Since 2008 he has intensively dedicated himself to curating photographic projects and exhibitions. From 2004 until 2009 he was a member of the Editorial Board of “FOAM Magazin” and, in 2012, Guest Editor of the 2nd edition of the Photobook Review, Aperture NY. Schaden is known internationally as one of the key people systematically promoting and developing the photobook as a publication form. 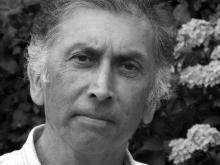 Chris Steele-Perkins (*1947, British, b. Burma) graduated with honours in psychology at the University of Newcastle-upon-Tyne (1967-70) while working as a photographer and picture editor for the student newspaper. In 1971 he moved to London and started working as a freelance photographer and started his first foreign work in 1973 in Bangladesh followed by work for relief organizations and travel assignments. In 1975 he worked with EXIT, a group dealing with social problems in British cities. He then joined the Paris-based Viva agency in 1976. In 1979, his first book, "The Teds", was published. In the same year Chris Steele-Perkins joined Magnum Photos and soon began working extensively in the Third World. In 1992 he published "Afghanistan", the result of four trips over four years. He published "Fuji" in 2001, "Tokyo Love Hello" in 2007 and "England, My England", a collection of work from 40 years of photographing, in 2009. A book on British centenarians, "Fading Light", was published in 2012. 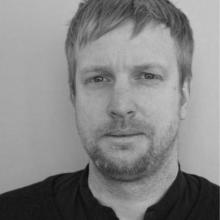 Tobias Zielony was born in 1973 in Wuppertal, Germany. His critical aproach to social documentarism makes him one of the most discussed artists in contemporary german photography. After studying Documentary Photography at the University of Wales, Newport, Zielony enters Timm Rauterts' class for artistic photography at the HGB Leipzig in 2001. After his graduation in 2004 and his master in 2006 he moves to Berlin. He receives the GASAG-Kunstpreis, Berlin, in 2006 as well as grants for New York and Los Angeles. Solo exhibitions follow at C/O Berlin (2007), Kunstverein Hamburg (2010), Folkwang Museum Essen, MMK Zollamt Frankfurt, Camera Austria Graz (2011), and Berlinische Galerie (2013). Tobias Zielony lives and works in Berlin.